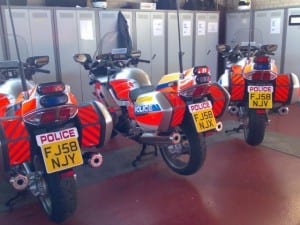 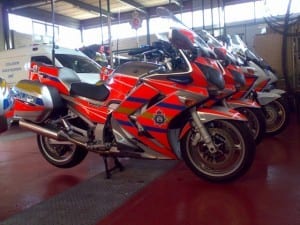 Yamaha XJR’s are the latest addition to the Leicestershire Constabulary traffic policing unit.

The Yamaha 1300’s of which there are eight have replaced the Honda ST1100 motorcycles previously used by the force.

Leicestershire have stayed with the force corporate identity of fluorescent red non reflective and large amounts or Reflexite VC312 Daybright microprismatic reflective film along with police lettering in Reflexite.

The motorcycle body panels are 80% covered with the graphics demonstrating what has always been perceived in the public eye as a police livery.